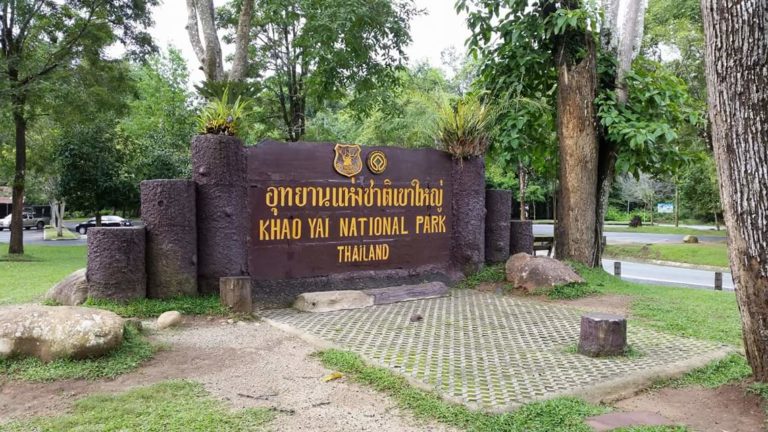 Day 1
From Butterworth, boarded KTM Komuter from Butterworth to Padang Besar 0730-0930. Once reached, proceed to immigration. Thai Railway train waited at same platform. Departed from Padang Besar – Hatyai (80baht per pax). Hang around at Hatyai town to have lunch. After lunch, boarded red songthaew to Hatyai airport. Boarded Air Asia flight from Hatyai to Bangkok at about 4pm. Return flight ticket only cost us 782.5 Baht.

Once reached Bangkok DonMuang airport, we boarded the airport shuttle bus to town. Checked in to Thee hotel for only 972 Bath per room. To save and ease our journey on BTS, we bought BTS one day pass for 140B. Had glutinous mango for only 65Baht at Siam.

Day 2
Outside our hotel, had roadside stall beef noodle for breakfast. Only 40 Baht per bowl.
Headed to Victory monument and had 2 bowls of boat noodles at Pranakorn noodles. Servingper bowl is rather small and only cost 12baht per bowl. Behind a KFC outlet at the Victory monument roundabout, we boarded a van (160Baht/pax) to Pak Chong town which is close to Khao Yai.

Had lunch and then rented a scooter with helmet for only 300Baht/day. Rented two days. With GPS, rode to Sierra View Resort which we stayed for one night (RM40/nite)
Had dinner nearby and visited the premium brands outlet along the highway.

Day 3
Morning checked out from hotel at about 9am. Along the way to Khao Yai, we stopped by at few interesting places. Stopped by at Suwan Farm’s Sweet Corn and had some popcorns. Also stopped by at Chokchai Farm, Dairy Home, Suppathra Vineyard, Prapatsorn Grape Farm and finally PB Valley Winery for lunch. After that, checked in at Aiyara Resort Khaoyai just about 200m away from the National Park entrance. Later that afternoon, it was raining, I spent my time having some coffee at a Hotel des Artists café closeby and had a dinner at a local restaurant.

Early morning 6am woke up and rode bike into the national park. It was so cold with the morning mist. Entrance to national park cost 400 baht per pax and 30 baht for motor.

After that, we got back to our resort, had breakfast then check out. Along our way back to Pak Chong town, we stopped by at Palio Khao Yai and The Chocolate factory. Got to see how chocolate was made and tried some freshly produced chocolates. At Pak Chong town, we returned our bikes and boarded an express bus back to Bangkok (133baht per person). From bus station, took taxi to Chatuchak. Shop around and had some snacks before boarding MRT to Hualamphong station, then boarded bus to Yaowarat. Had dinner at Yaowarat before checked in to Shanghai Mansion hotel. The hotel interior design was so elaborate that you will feel you are back to 60’s with its old Shanghai style deco.

Day 5
Early morning had a walk and breakfast at the morning market at Yaowarat. Then checked out and took taxi to Don Mueng airport. Flight was at 11am. Upon reaching Hat Yai, took songthaew and motor taxi to bus station which we boarded a minivan to Padang besar (50 baht per pax). At Padang Besar, went to its duty free shop bought some chocolates before boarding Komuter (RM11.40) back to Butterworth.